The circle has finally been closed. THANK YOU.

When years ago I read about the myth of the music of the spheres, I was captivated by its beauty. It condensed the essence of existence, the union of the inner and the outer, the energy that unites us, that strange thing that we notice but we cannot explain: Humanity.

The idea of ​​writing a novel was already in my head. I had never written, but felt I had to. But I did not want to write just a novel to entertain, but to raise awareness about the role that we all play in this world, about the need to act together to avoid the destruction of what we have, about the need to value the beauty found in every corner… And the myth of the music of the spheres fitted it all. From there, the words came out almost magically. I recognize, a little embarrassed I must say, that sometimes I felt that something or someone was writing for me. With much effort I managed to finish my longed-for novel, in which adventure, history, religion, enigmas and love were united thanks to the common thread of music.

After a reasonable success as a self-published on digital platforms, a publisher released it in Spanish language. With this small income, I commissioned the English translation of the novel, since my goal was to reach the largest number of people. Sadly, this race has yet to take off, but I keep trying.

When I now discover that your next album is called “Music of the Spheres”, I perceive within me a host of sensations that are difficult to explain. I must clarify that I admire your music because I feel it reaches deep inside, it awakens emotions and feelings, and unite people. As I tried with my book, your songs do not just entertain, they take you further, and their effect lasts once the radio is turned off. It may sound stupid, but I think your songs make better people. When I was writing the story, I was inspired by different artists, and one of them was your band. So much so that a verse of your song «Talk» introduces one of my chapters.

I invented the name of a song “Square Circle” to play a crucial play in my plot. Can you imagine what I felt when I saw that planet «KUBIK» with square and circle shapes together in your “Overtura” video?

That is why I feel that Humanity -those mischievous invisible threads that unite people- have linked my history with your album, and I feel fortunate to have lived it, and happy to confirm that everything I wrote made sense, that there is something above all that takes care of us, and that sometimes winks at us with total impudence.

Only if you want, nothing will make me happier than knowing that a copy of my book travels with you from concert to concert, or at least that it adorns the shelf in your study, so my story would rest in the place where it was born, and the circle would be fully complete. 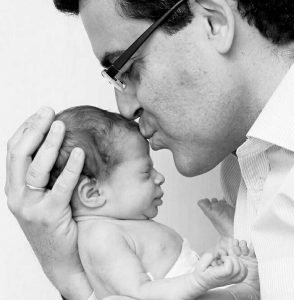